Mid Week with Day and Ennis

The recovery in the housing market continues to be encouraging. Existing home sales hit their highest level in five years in 2012 and the numbers look promising for 2013.  We begin this week with a show of the trends over the last several years.  There is good news for the eurozone as well, as European Central Bank President Mario Draghi believes the worst of the European debt crisis is over.  He discusses the reasons for his optimism with Bloomberg. Here in the United States, our government has begun a new phase of discussion concerning the debt ceiling and budget cuts.  Our third article looks into the current proposal to delay enforcement of the debt ceiling until May 18th.  We conclude with a video from Kyle Bass, who discusses the problems Japan faces in what may be the next major crisis.

Draghi Proclaims Worst Is Over In Sovereign Debt Crisis– European Central Bank President Mario Draghi notes progress in the battle against the sovereign debt crisis but also acknowledges ongoing challenges. “We can begin 2013 on a more confident note, precisely because significant progress was made during 2012,” Draghi said. http://www.bloomberg.com/news/2013-01-22/ecb-s-draghi-says-darkest-clouds-over-euro-area-have-subsided.html

House Republicans Back Measure To Avert U.S. Default– House Republican leaders are backing a plan to eliminate the risk of the U.S. government defaulting on its debt. The measure would suspend enforcement of the national debt limit through May 18. The White House issued a statement saying President Barack Obama “would not oppose” the move. http://www.reuters.com/article/2013/01/23/us-usa-fiscal-obama-idUSBRE90L0QC20130123

Update On Financial Problems in Japan– Hedge fund manager Kyle Bass is an expert on Japan, which has the worst debt problem of any developed country.  In this 10 minute video Bass explains why he believes the next major crisis will occur in Japan. http://www.reuters.com/video/2013/01/22/gaim-2013-yen-could-hit-200-vs-the-dolla?videoId=240656882&videoChannel=1

We hope you enjoy reading these articles along with us and that you find them informative.  Please forward this to your friends and family.

Disclosure – The articles mentioned in Mid Week with Day & Ennis are for information and educational purposes only. They represent a sample of the numerous articles that the firm reads each week to stay current on financial and economic topics. The articles are linked to websites separate from the Day & Ennis website. The opinions expressed in these articles are the opinions of the author and not Day & Ennis. This is not an offer to buy or sell any security. Day & Ennis is under no obligation to update any of the information in these articles. We cannot attest to the accuracy of the data in the articles. 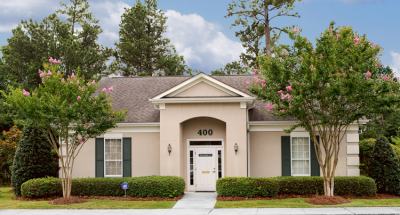